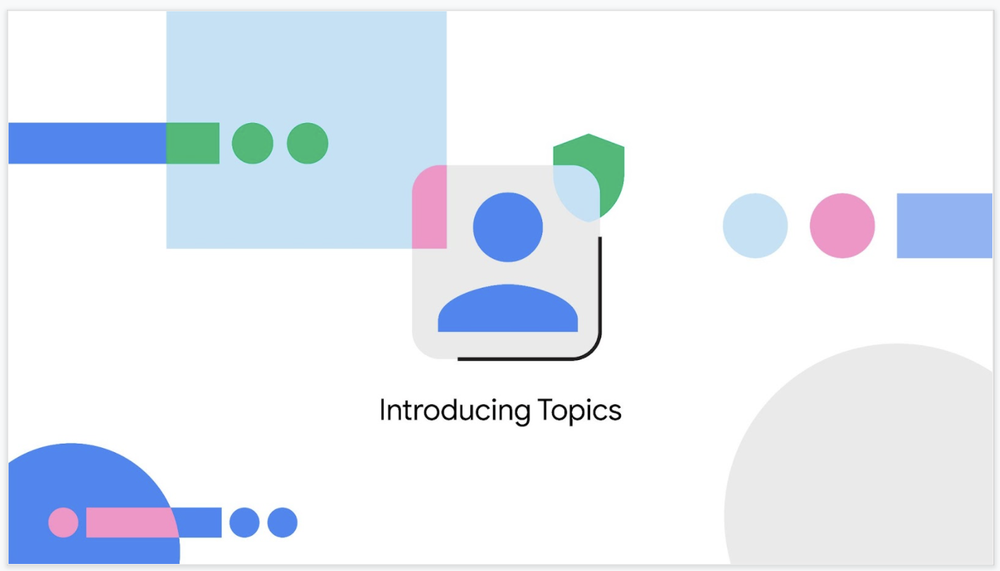 Better Creative: The Real Topic of the Day?

At the end of January, Google announced that it was abandoning its controversial project to replace cookies, entitled FLoC, in favour of a new proposal: Topics.

The principle behind FLoC was that an AI would learn browsing habits and place users into anonymous cohorts. No individual user data would be shared with the browser itself or anywhere else, with the process occurring algorithmically and then essentially losing individuals amid the crowd. However, FLoC testing was long since postponed in Europe already because it still wasn’t clear whether this would comply with GDPR. Essentially, the assignment of a cohort to a user could still be interpreted as the transfer of personal data. This would be especially problematic given users wouldn’t be providing publishers with consent to be added to cohorts.

Topics looks best understood as a watered-down version of FloC. Topics proposes much broader cohort classifications, reducing their number from FLoC’s 32,000 categories to just 350 ‘topics.’ The browser will keep data for the last 3 weeks of the user’s browsing history and the topics won’t include any sensitive categories. There’s also an additional layer to increase user privacy further and decrease the potential for groups to be reverse engineered. When a user hits a site that supports the Topics API, the browser will share 3 topics you’re interested in, based on the last 3 weeks of browsing history, selected at random from the top 5 topics browsed each week. Users will also be able to review and remove topics from their list too.

However, it’s still essentially the same methodology with some additional privacy layers and broadening applied, seemingly to appease regulators. It’s hard to see how this still wouldn’t constitute a transfer of personal data on an opt-out basis, as opposed to opt-in. And that’s where it could still be doomed.

The impact of a cookie-less world could be greater for publishers, than it is for advertisers, who will struggle to monetise their traffic for the same value as before. For advertisers, big tech companies like Google still have access to an abundance of first party data from logged-in users that can be used for targeting. So, advertisers still have options.

If Google, with its significant investment in building solutions, is struggling to find a fix, then this doesn’t bode well for the future of the myriad existing data-led targeting methods.
We all know first party data is a priority in a cookie-less future. Investing in the testing of possible alternatives, such as first party data-matching via clean rooms and bunkers (i.e. InfoSum) could be a smart step.

What’s not going away, though, are the benefits associated with targeting premium publishers and the power of context multiplied by quality creative. Testing the performance of curated inventory versus data-led buys is a good idea. Even better is investing more time and energy into producing good quality creative. Such a shift in priorities could only be considered a good thing for advertisers and the experience of users alike.