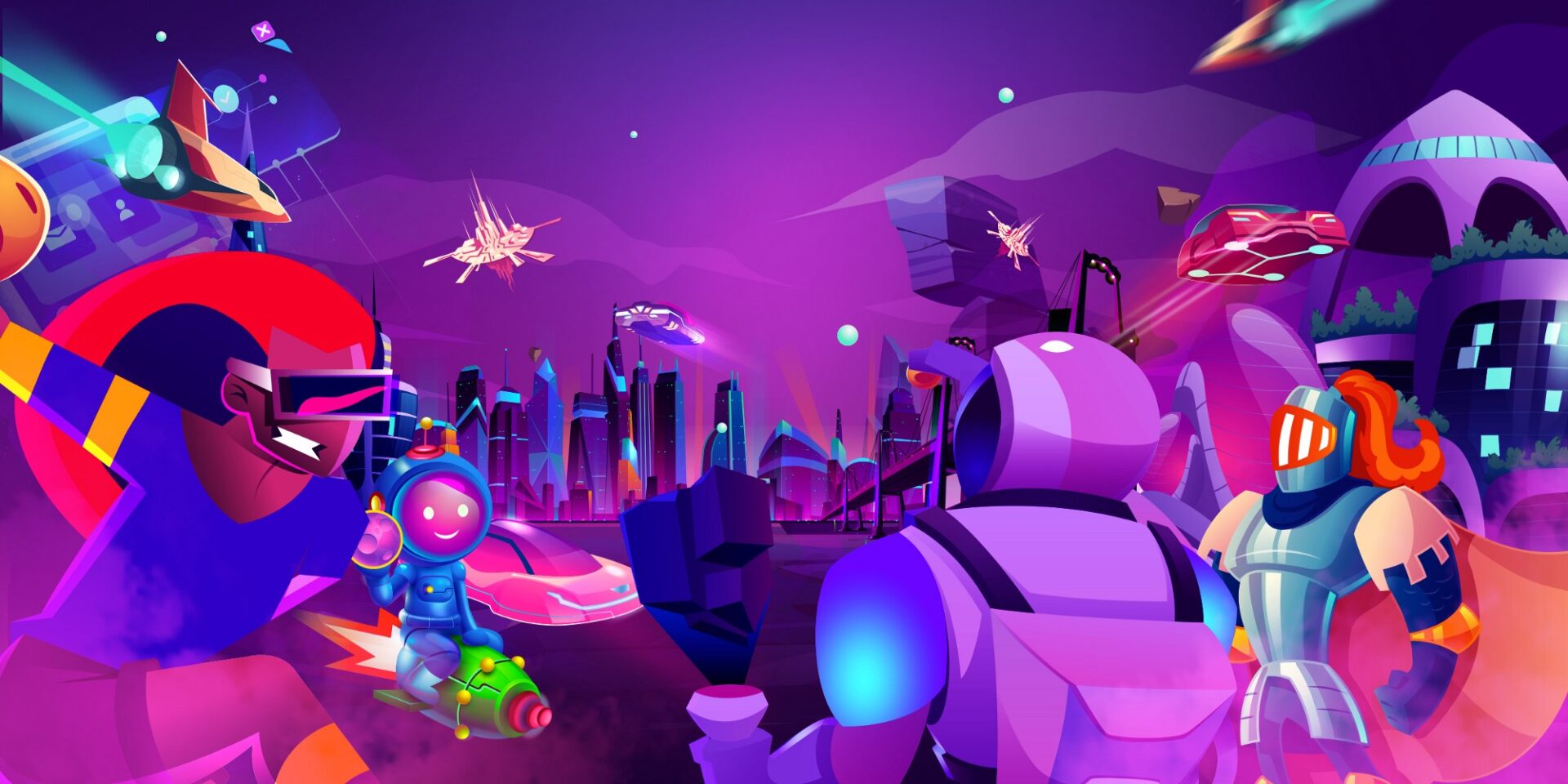 Edge of the Metaverse

The metaverse has become the latest hot topic to hit the digital industry, with many describing it as the internet 3.0. The news has mostly been generated by Facebook’s decision to rebrand as Meta and commit to hiring 10,000 engineers to help build this ‘new’ environment.

In reality, the metaverse is only part of the next stage in the internet’s development and will never be owned or run by one single company. In fact, the metaverse has already been developing organically within gaming, business and social environments. The ability to meet friends, share achievements, work on projects, sell or trade digital assets or play games together has been with us for a while now but happening within platforms such as Fortnite, Office365, Zwift and Peloton. Often these spaces have sat alongside a game or product, but this is changing and the experiences becoming inextricably linked into a metaverse.

Usage and engagement within these environments have accelerated significantly over the last 24 months with the impact of Covid-19. This has brought significant change in both user behaviour and acceptance that these types of environments are not only here to stay but will form part of society’s social fabric as we move into the future. The line between the virtual and real-world is no longer clean-cut and social interaction or commerce can happen seamlessly across both. Consider working with colleagues virtually on Monday before meeting face-to-face on Tuesday to demonstrate a new feature or present a piece of work to a client. Increasingly, the metaverse will power experiences, work, sporting, social and commerce before linking into the real world. For example; trying on and wearing a jacket in the virtual world before picking it up from a shop and wearing it to a real-world social event – or building experiences in the metaverse that people pay to enter just as they would a bar or festival in the real world.

Alongside these platforms is the hardware that will create and support more immersive experiences such as virtual reality headsets or smart glasses. But currently, this hardware is expensive, bulky and a little awkward – gaming headsets, example. We expect to see this change in the future and, in the way that AirPods have redefined headphones, the same will happen with virtual reality. In fact, the long-term play is for virtual reality hardware to integrate with or replace existing hardware such as the television or laptop.

One major threat to the metaverse could come from national governments, who are already wary of the threat from big tech players like Facebook, Amazon and Google. How will these new environments be regulated? Who will hold the data, police the content or manage the currency and taxation? These are big questions that so far remain largely unanswered. China, however, has already begun a major crackdown on these new environments by shutting down Fortnite and limiting the amount of time children can play online to three hours a week. (They get an extra hour during the school holidays.)

In many ways the metaverse is already here and will continue to develop rapidly over the next 3-5 years, opening up opportunities for brands to engage with customers and potential customers in a way we have never seen before. The line between the virtual and real worlds will blur but the fundamentals will not change. Great products, amazing experiences, good service and strong brands will win out if they are able to adapt and embrace these new spaces and hardware. However, regulation and control remain the major issues and could yet stifle future growth.