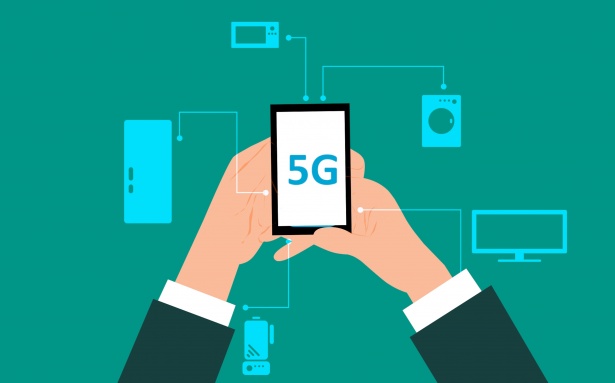 Heading into the next decade, 5G hype has hit an all-time high. Barclays Corporate Banking estimates that the technology could add £15.7 billion per year to the UK’s economy by 2025 and almost all sectors are predicting its potentially transformative impact.

Outside benefits to mobile users – which will in particular improve the load speed and user experience of high-quality video streams and VR tech – 5G is set to revolutionise the backend technology behind driverless cars, workplace IT, and many have even predicted that 5G will ‘save the high street’. Indeed, according to Altus Group’s annual Commercial Real Estate Innovation Report, 66% of retailers in Britain say they hope 5G technology will help them to get rid of cashiers.

5G certainly is big business. In 2018, the UK’s biggest mobile operators spent almost £1.4 billion to secure spectrum, and this week saw the debate around Huawei’s role in the UK’s 5G infrastructure continue to cross borders with intense lobbying from both US and Chinese governments.

For advertisers, 5G’s instant opportunities are clear: quicker delivery of more interactive and complex content to consumers. Expect discussions around Augmented, Virtual and Mixed Reality, especially in combination with out of home formats, to resurface at creative workshops in the next 12 months, with a far clearer route to execution powered by 5G technology.

Now for the reality check – 2020 will not be the year 5G crosses into the mainstream. Issues with limited coverage aside, the 5G launch may take place amid a global downturn in smartphone sales. Last year was the worst ever for smartphone sales, and the UK saw a 14% YoY decline in Q4, according to IDC data. Optimistic estimates by Deloitte put 2020 5G smartphone sales at 2-3 million – meaning that less than 5% of the UK population are likely to own a 5G handset by the end of the year.

Clearly first-mover opportunities for advertisers will surface this year. However, with or without Huawei’s involvement, expect 5G’s influence on advertising at scale to really kick in as we move into 2021 and beyond.