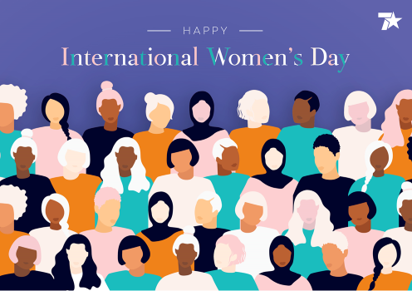 It’s 2020 and we’re no longer short of empowering and remarkable female role models.  Now that’s something worth celebrating this International Women’s Day.  Whether your preferred female motivational hero is Sheryl Sandberg or the Spice Girls, this recent quote from Lizzo hits home- “You are capable. You deserve to feel good as hell, if I can make it, I know you can make it. We can make it together.”

As one of the Sunday Times’ Top 100 Best Companies to Work For (now eight years running!) as well as Campaign’s Best Place to Work, we’re constantly aiming to improve our understanding of what it takes to be both a great employer and a progressive place to work – one where women and men feel they can make it and help colleagues to do the same.

In our latest Lightbox Pulse we surveyed 2,000 adults in full time employment to explore some of the enablers and obstacles to creating a great place to work, with a focus on what differences, if any, there are for women versus men.

We discovered that both men and women find asking for a promotion or a pay rise intimidating. When asked which topics they felt most uncomfortable talking about at work, the top taboo cited was asking for more money – 49% of women said asking for a pay rise made them uncomfortable compared with 40% of men. This was considerably ahead of other taboo subjects of conversation such as how much sex they are having (46% of women found this difficult compared with 37% of men), or taking drugs (both a no-go area for just 25% of women and 22% of men).

But how does this compare with colleagues’ responses at the7stars?

Asking for a pay rise or talking about the amount of money earnt were also considered to be the most uncomfortable subjects for discussion.  And it is our female colleagues who were most likely to find asking for a pay rise a taboo topic, whereas males were more likely to agree that talking about salaries was a taboo topic.  One point of significant difference was that colleagues at the7stars found talking about mental health was felt to be less of a taboo subject than the national average (32% versus 43%) – thanks to Team BOOST for all their great initiatives in this area.

A progressive workplace comes from being more open, transparent and inclusive – creating an environment in which both women and men feel empowered and supported by each other.

As Lizzo would say – you deserve to feel good as hell, so have a great day.