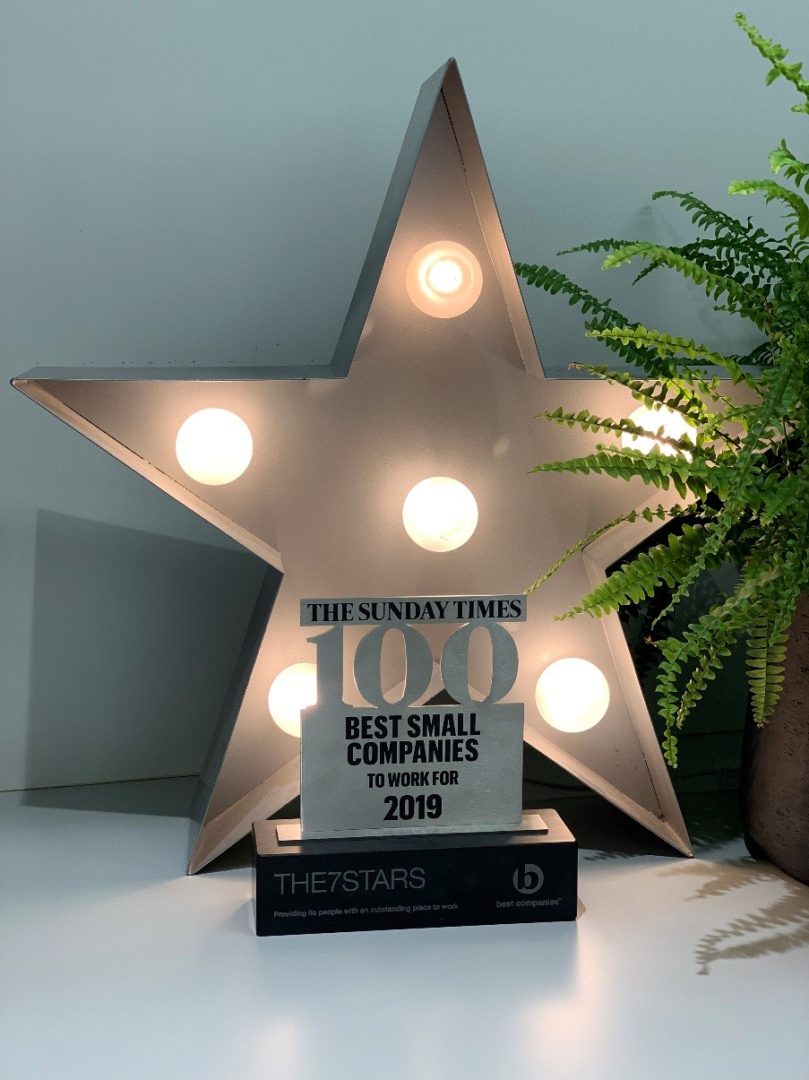 We are thrilled to continue our seven-year streak of being named as one of The Sunday Times 100 Best Small Companies to work for. It is a title we are extremely proud of and demonstrates our consistent commitment to over-investing in our staff to ensure they are full of energy and motivated to produce great work for our clients. 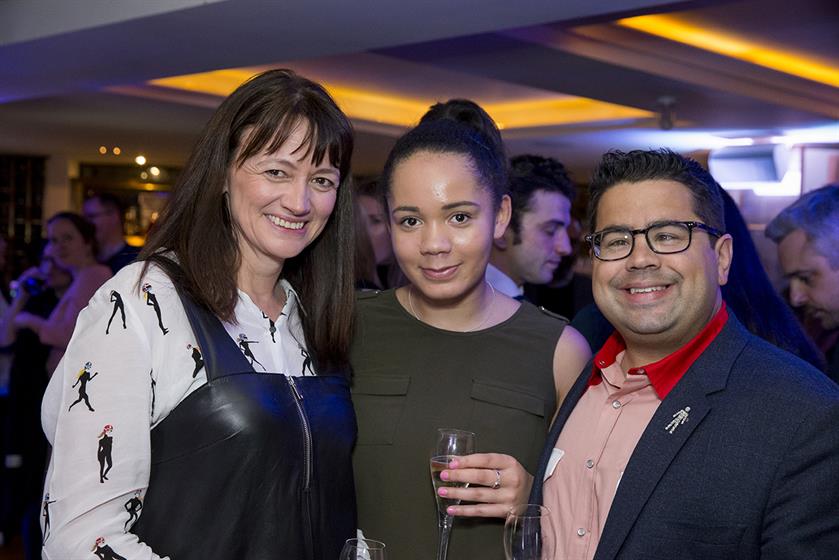 We are delighted to be named 2nd in Campaign’s Top 5 large companies to work for.

“You won’t find a holiday form or a timesheet at the7stars. And nobody has a job title. It’s all because of the founders’ philosophy that good community spirit is the bedrock on which a successful agency is built, resulting in a place where staff can grow their careers and have fun while doing so. Starters are assigned a “buddy” who guides them through their first month at the agency.” -the7stars 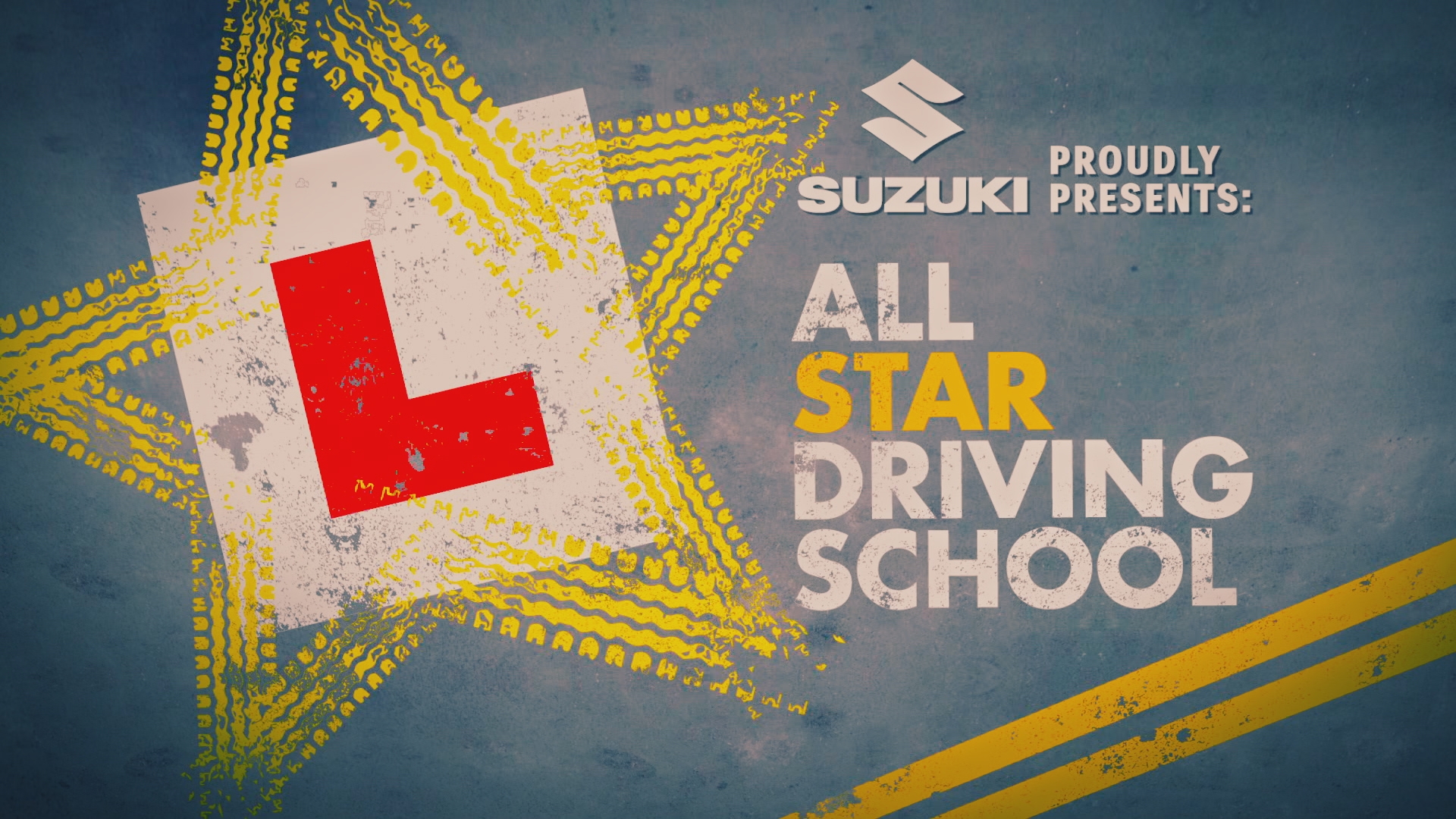 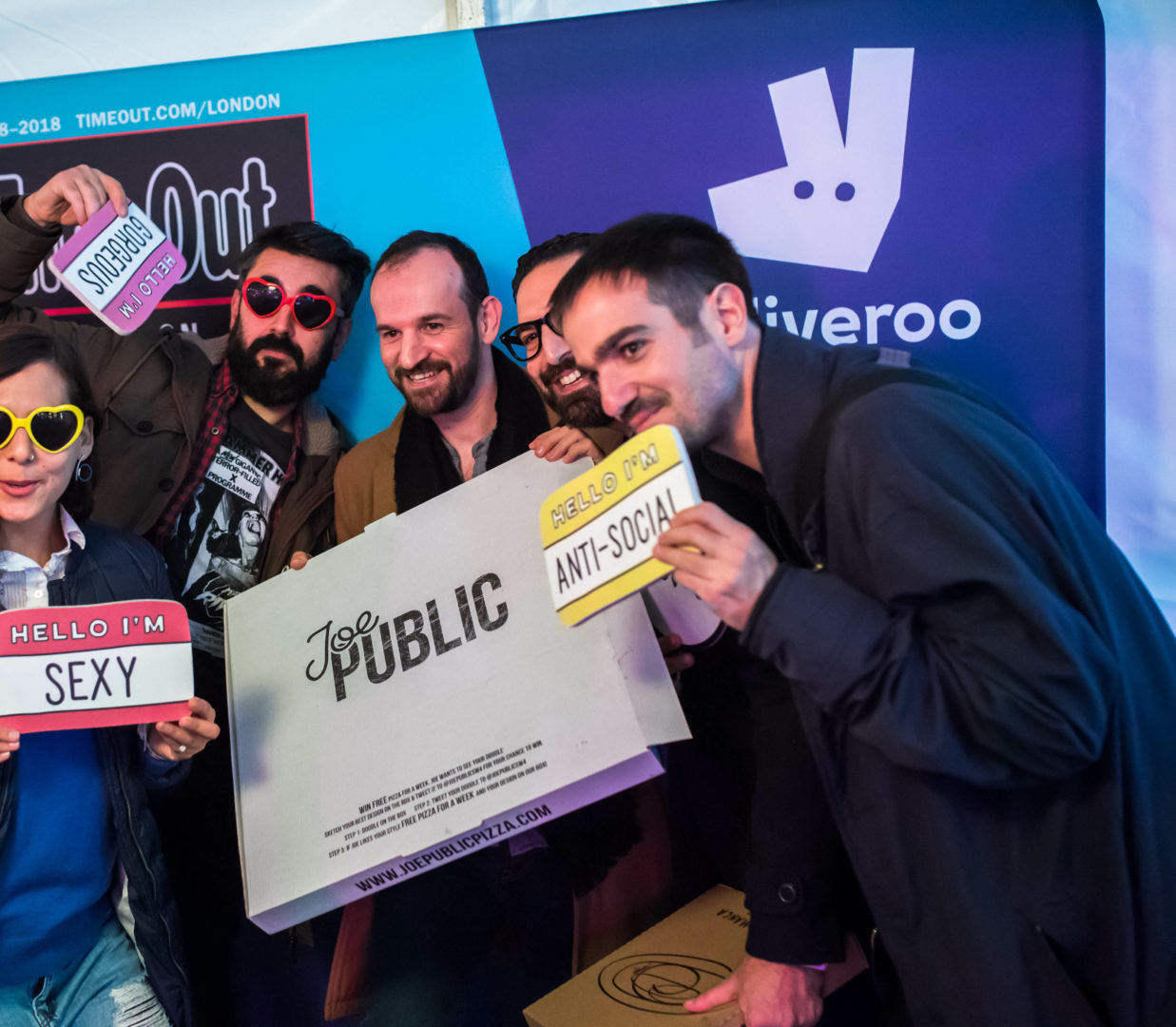 December saw Deliveroo crown their final Food Battle champion in the breath-taking “Battle of the Broth”, after an epic three months of celebrating the ‘Joy of Food’ with partner Time Out. Across four foodie events (“Battle of the Burger”, “Pizza Prize Fight”, “Fried Chicken Fight Cub” and the aforementioned “Battle of the Broth”), 5,000 hungry Londoners had chewed, chomped and slurped their way through over 35,000 portions of food, voting for their favourite in each category.

Reaching over 5 million Londoners through Time Out’s platforms across editorial, experiential and social, we recorded a surge of brand love through UCG and online. Together Deliveroo and Time Out delivered the ultimate in mouth-watering experiences, supported by customer research and using data to identify the Capital’s food passions, proving that Deliveroo is a heavy-weight in the field of food delivery. 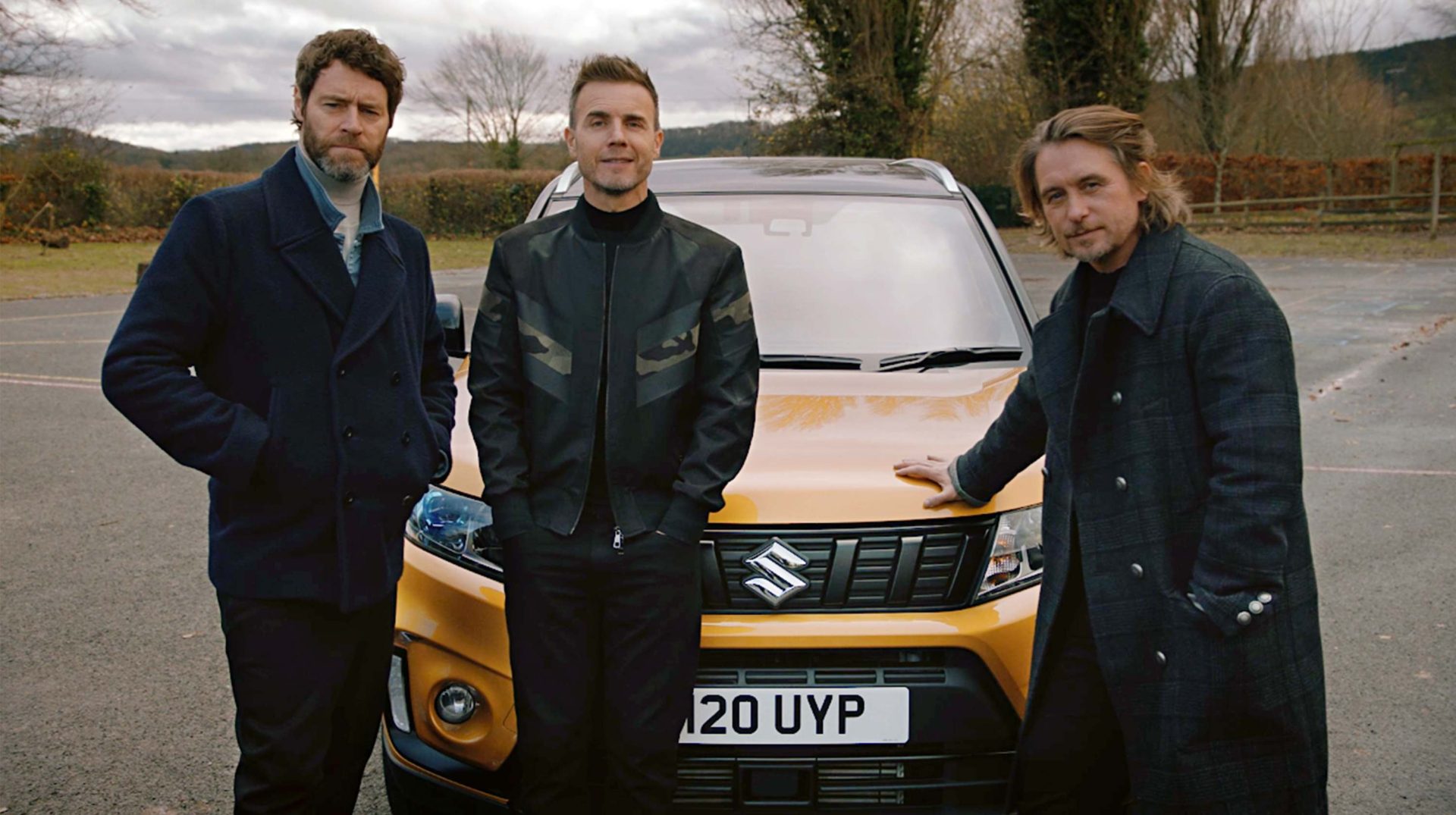 Suzuki have become synonymous with Saturday nights on ITV; famed for their family friendly antics, previously fronted by Ant & Dec. This long term strategy has just been taken to a new level with the introduction of Take That in 2019.  The campaign sees the UK’s favourite boyband travel across the UK in a Suzuki Vitara SUV to surprise fans with a journey they will Never Forget – and enjoy an in-car karaoke session with their idols on the way.

Suzuki will shine even brighter on Saturday nights with the Take That ad spots placed in ITV’s very best entertainment programming, starting with The Voice.  Content will be brought to life further with extensive paid social, consumer competitions, dealer activations and a few new surprises that are yet to come…

Take That content will be refreshed throughout the year, maintaining the sense of mischievous fun that has helped to cement Suzuki at the very heart of family entertainment. 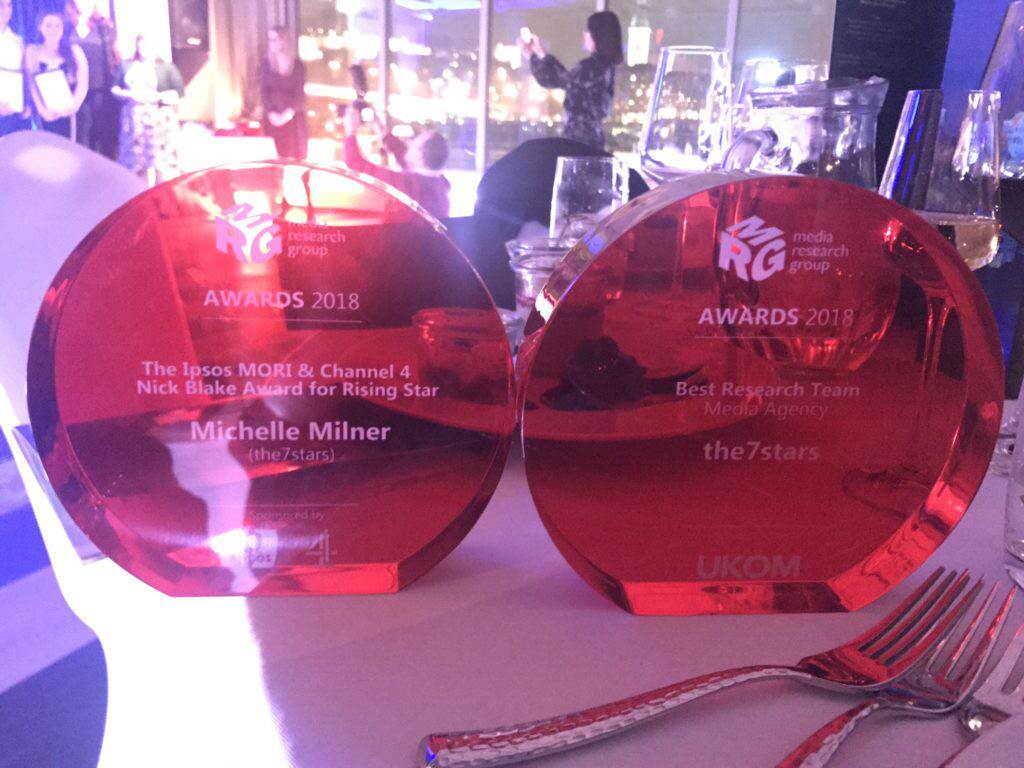 the7stars were privileged enough to be shortlisted in three categories: Best Research Team – Media Agency, Rising Star, and Best Collaboration – for our whitepaper co-authored with Sign Salad on the topic of Diversity in Advertising.

The competition was fierce, but we managed to bring home two trophies – beating Mediacom and OMD to the title of Best Research Team, in what the judges said was a unanimous decision, and our own Michelle Milner taking home Rising Star alongside her friend Jess Percival of Twitter.

One of the only opportunities to celebrate media research at its finest, and after our success at the other ceremony of note in our industry – Mediatel Research Awards – back in February, we were delighted to have ‘done the double’! 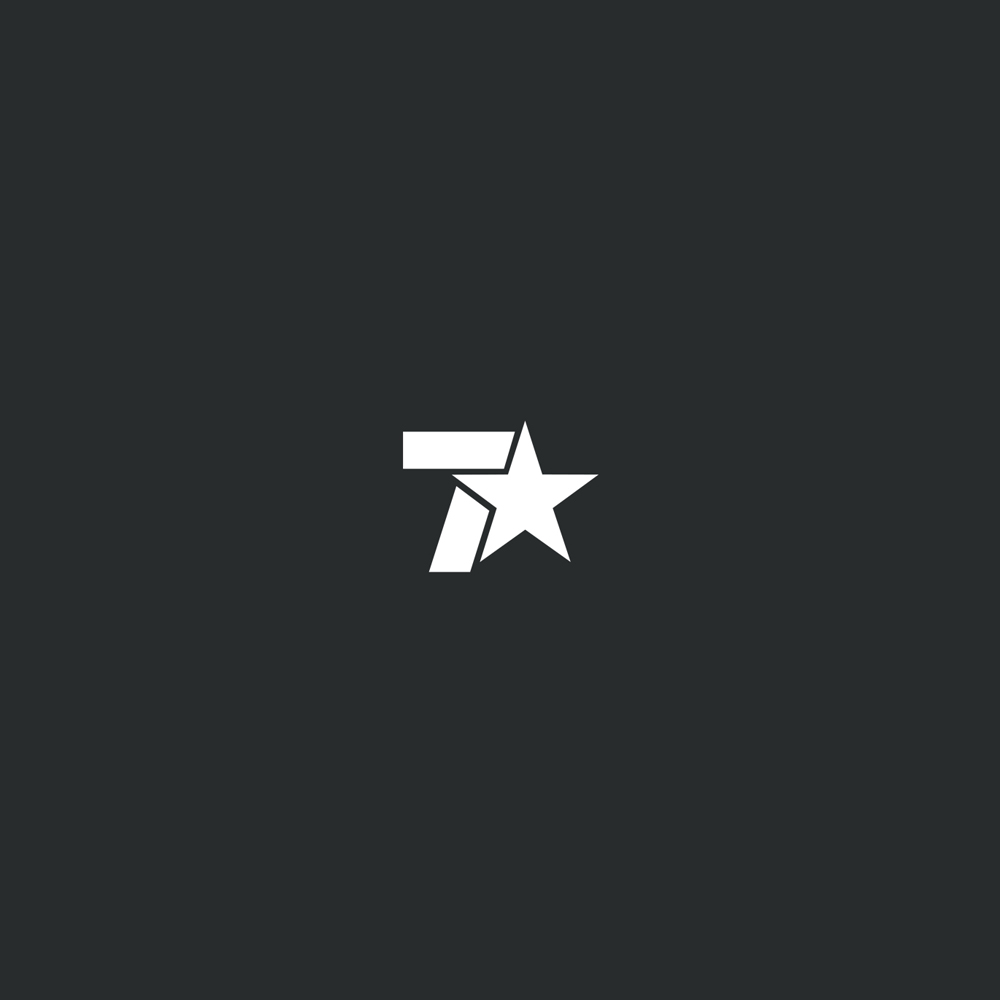 It’s been a busy week at the7stars – see what we’ve been up to ✨?? #weekofthestars pic.twitter.com/CxQZkKiZ3c 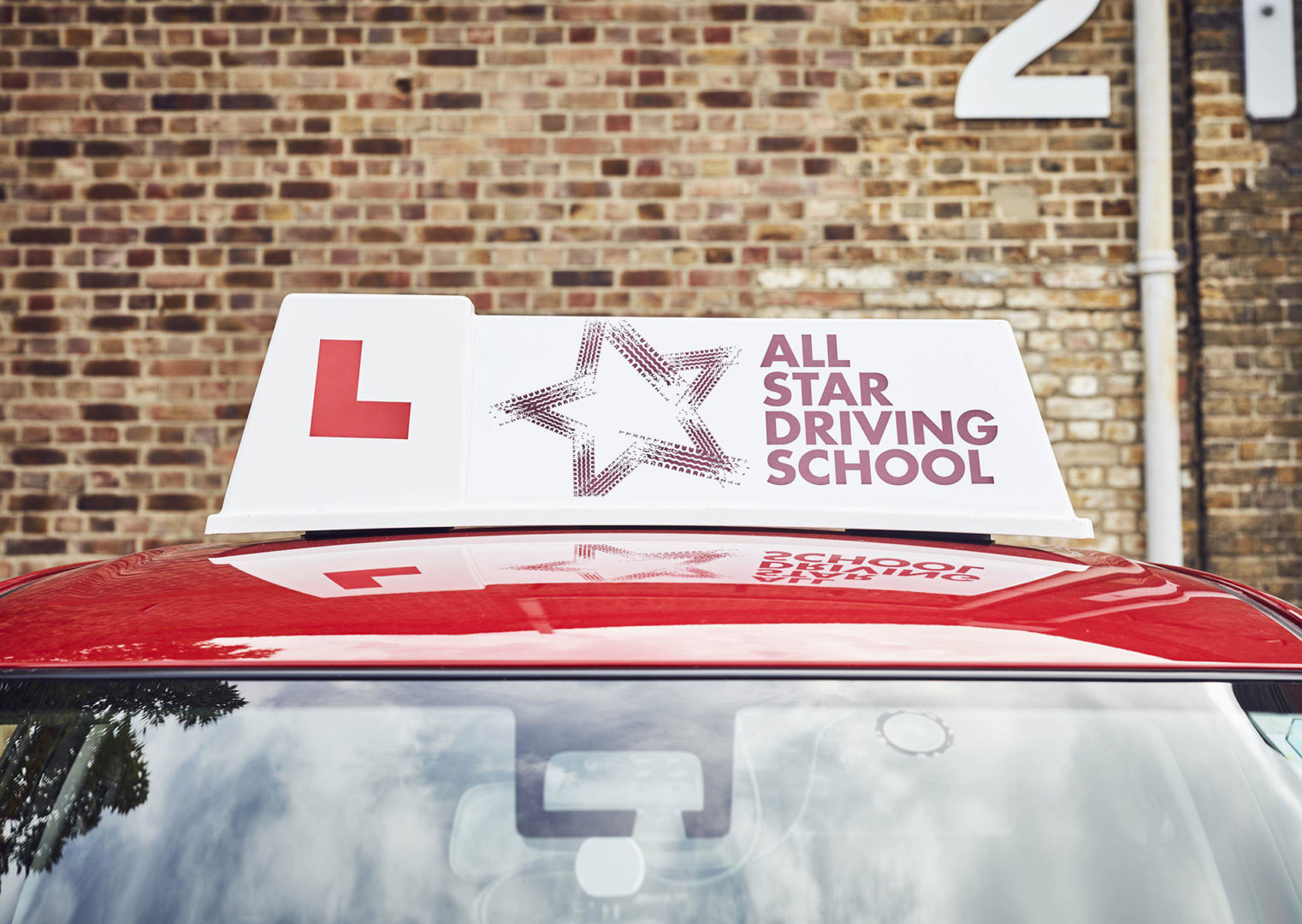 The Return of All Star Driving School

Following on from the success of series one in 2017, All Star Driving School is back with a new batch of famous faces who have yet to pass their driving test. These celebs will join a specially-created intensive driving school run by three fully-qualified instructors where they will take part in a series of core driving skills and challenges, all in the Suzuki Swift.

The famous faces getting behind the wheel of the Suzuki Swift will be TOWIE star James ‘Arg’ Argent, Coronation Street actor Mikey North, The Vamps’ Tristan Evans, (N.B this is week 1 talent so probs most relevant) pop songstress Vanessa White, Made in Chelsea’s Victoria Baker-Harber, Comedian Mark Watson, singer Tallia Storm, Hollyoaks actress Ruby O’Donnell and Famalam actor Tom Moutchi. Driving instructors Maxine, Ricky and Pells will also be returning for the second series to put our learners through their paces.

The public’s shown a growing concern with advertising’s impact on lifestyle choices – and this is turn has led to increased regulation, like the recent bans on junk food and body-shaming. While these rules have posed limitations for some brands, they hardly compare to the obstacles faced by cannabis growers in Canada (no, really!), after the public sale of cannabis was legalised last June.

Following public consultations, Health Canada established strict rules regulating the advertisement of cannabis products. They have banned broadcast campaigns, sponsorships, celebrity endorsements, animals and animated characters – anything that attracts kids or teens. They have also stipulated that cannabis ads cannot convey glamour, recreation, risk or excitement in any way. Infringement of any of the rules could lead not only to millions in fines – but even jailtime.

Budding cannabis brands have had to find creative ways to reach their potential new market. Some have generated hype in the lead-up to legalisation by debuting cannabis-flavoured or inspired products first, like MedReleaf’s beer or AltaVie’s toffee. Others, like Royal Canadian, have created tongue-in-cheek imagery for social media that covertly conveys their message. Branded experiential events that don’t feature the actual product, like MedReleaf’s mindfulness sessions, have also helped brands toe the line.

Media and tech agencies are proactively looking for solutions too. Future Farm Technologies sees an opportunity for innovation in augmented reality, developing AR-enhanced packaging that transforms under a smart phone. Marketing agency Snipp Interactive has signed up producers to its promotions and loyalty campaigns, including Corona maker Constellation Brands.

Although talks of legalisation are still in the incubation stage in the UK, our own growing public health concerns beg the question of how far brands should push the limit of what is deemed ‘decent’ to get their product noticed. For example, YouGov has reported that 61% of Brits support a junk food advertising ban. To keep these consumers onside, advertisers should do more than cleverly sidestep red tape. Instead, they should ask how they can genuinely bring advertising in line with the ‘public good’?